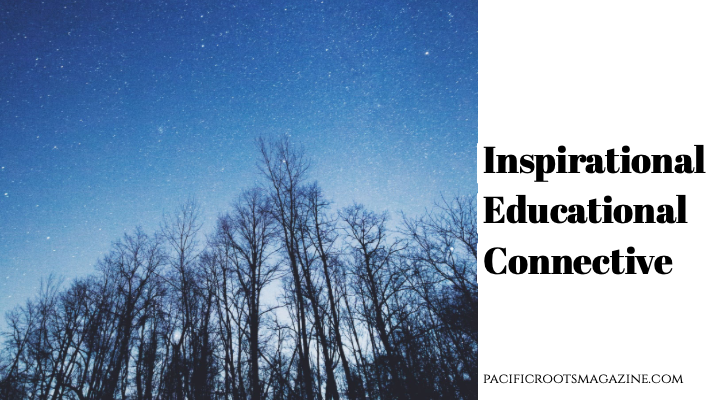 Within a week or so after giving birth to both of my children I had written out a detailed account of the labor experiences. For my youngest this included the gradually intensifying week of pre-labor prior to her birth during which I had a journal near me the whole time to record the experience.

I was so glad I took the time to take copious notes of both experiences and compile the accounts as, within months afterwards, I would gradually begin to forget many of the small details and even emotions of the experience.

As a writer, I have always enjoyed detailing beginnings, transitions, events and more, filling journals since I was a young girl. I have an innate tendency to document things, be it by pencil, pen, camera or jotting notes into my smartphone

With Pacific Roots Magazine now in its fourth month, I thought it was definitely time that I attend to the process of writing down the background that led to the foundation of this site, including the motivation that led to its establishment as well as technical parts of the process.

I am the founder and editor of Pacific Roots Magazine. I began working in media as a freelance photographer in Germany in 2011 and in 2015 began contributing articles to various magazines around the globe. My work in journalism was largely spurred by my transition to veganism and much of my coverage to date has been focused on plant-based food and other aspects of the vegan shift.

The “Who” of the platform is really about the collective of stories of organizations and individuals featured, people across the globe doing fascinating work, often motivated by environmental and sustainability concerns.

The mission of Pacific Roots is to inspire, educate and connect while exploring a range of issues from both intensively local as well as global perspectives. We are a hub for features, stories, interviews & dialogue with people doing interesting work with these issues & more across the planet.

I had the idea for Pacific Roots Magazine in May 2019. I spent the next month and a half preparing for site launch in July 2019, beginning outreach and communication for interviews, researching design for the site and then setting up and customizing the site.

Coverage at Pacific Roots Magazine is global in nature. I live in Scandinavia and with an interest to do more in depth coverage in person, I have established a section for sustainability coverage with a regional focus here, called the Nordic Dimension.

The name “Pacific Roots” is a tribute to my West Coast home (USA) but also refers to the peace making definition of the word, as I believe that at the heart of many of the activities this outlet was founded to cover is an active, pacific and holisitic intent, often with regards to environment but also works within society.

The heart of Pacific Roots Magazine is dedicated to exploring and sharing solutions for various problems we face. My intention and hope is that visitors to the site can be both educated and inspired by the various projects and works featured and that the platform could even serve as a connective force between individuals and organizations worldwide.

As founder of the site, media, awareness and knowledge are a critical part of what I seek to develop (individually and collaboratively) and offer as part of the changes we need to effect as a species.

Thank you for reading,