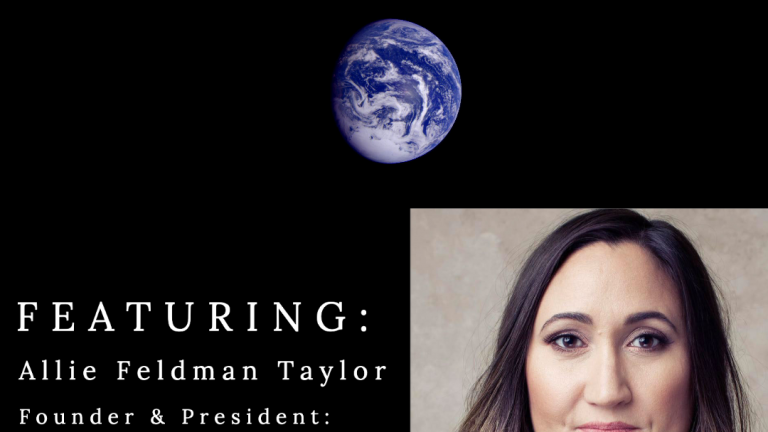 In this episode we talk with Allie Feldman Taylor, Founder & President of Voters for Animal Rights (VFAR). Founded in 2016, VFAR is an all volunteer, grassroots organization that focuses exclusively on political advocacy for animals in New York. VFAR helps to “..elect candidates who support animal protection, lobby for strong laws to stop animal cruelty, and hold elected officials accountable to humane voters.

Allie has co-led the campaign to ban foie gras in NYC which became law in December 2019. She also co-led the successful campaign to ban wild animals in the circus in NYC in 2017. Previously, she lead Nyclass’ campaign to ban horse carriages from city streets for over five years. She ran the successful “Anybody But Quinn” campaign to defeat an anti-animal candidate for NYC mayor, getting animal rights into mainstream city politics for the first time. She has worked at the NY State Senate, Obama campaign and the NJ Dept of the Public Advocate. She was named to New York Observer’s “Political Power 80” in 2014 and named to City & State Magazine’s “40 Under 40” political people to watch in 2016.

Listen to this podcast session on Anchor, Spotify and Pocket Casts

“One thing I would point out with New York City is that because there are so many eyes on the city- it’s the center of the fashion world, huge hub for food, it’s a place people look to as a hub of progressivism – we have to make sure that we are setting an example in the kinds of laws and policies that we are setting here in New York. That way, I think it gives activists in other parts of the globe an example to point to. If New York City can ban foie gras, everyone else in the country and the world should be able to ban foie gras. This is a huge foodie city, some of the most famous restaurants in the world are in New York. If restaurants here are able to take foie gras off the menu and still survive and still have all other kinds of wonderful fare to serve to their customers, then certainly any restaurant anywhere can take foie gras off their menu.

Another thing that I want to point out about New York is that there’s a misconception because we are seen as a very progressive and liberal city, it’s assumed that we must have all of these animal rights laws here. No sir! If that were the case, we would have banned horse drawn carriages ten years ago. I point that out because I think there’s an assumption that if a city is progressive or liberal and that if most of the politicians are progressive and liberal that they are naturally going to be passing all kinds of animal rights laws and sympathetic to the issues and we have found that that is not automatically the case. You still need to put the time into educating all of your local elected officials no matter what their party affiliation is, whether they are extremely conservative or progressive.” -Allie Feldman Taylor,

On the Mayoral Office of Animal Welfare:

“When Mayor de Blasio took office he appointed somebody to serve as a liaison on animal rights.  That position had never existed in New York City government before. And there was nothing to guarantee that after his term was up in 2021, that we would have somebody in office who would serve as that liaison.  So by codifying this into law it ensures that no matter who is the Mayor of New York City, there will always be an Office of Animal Welfare. We found that that has been incredibly helpful to us in navigating the government and advocating for our position whenever there is some sort of change at a city agency or a city department that affects animals. I would certainly encourage advocates all over the globe to work with their city governments to ensure that you do have an advocate for you that’s actually within your local city legislature.” -Allie Feldman Taylor