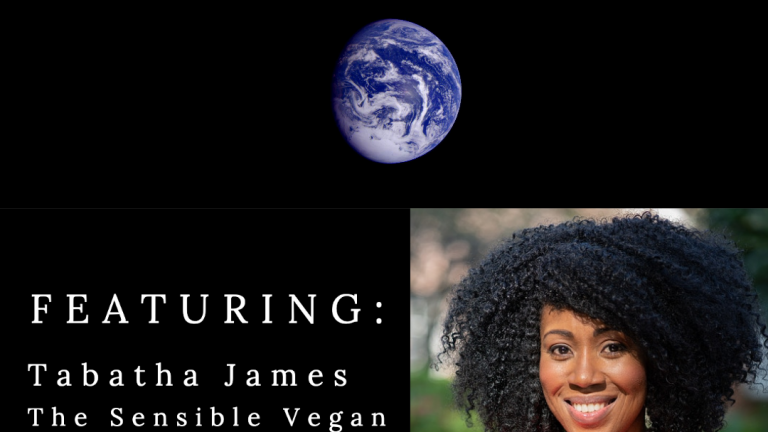 “Motherhood is sacred. There is no difference between a mother cow and her calf and a human and her baby.” -Tabatha James

In this episode we talk with Tabatha James of The Sensible Vegan about her platform, advocacy, her work with Mothers Against Dairy, being inspired by Vegucated, her children’s book “Farmer Sue Knew”, her recipes & more.

Listen to the Podcast on Anchor, Spotify & Pocket Cast.

Tabatha is an Atlanta vegan blogger, animal rights activist, and the founder of The Sensible Vegan. She is a wife, mother, and vegan children’s book author. As a child, she watched her dad train as a bodybuilder, which helped her develop a lifelong passion for fitness and healthy living. She became vegan overnight in 2016 after watching Vegucated and never looked back!

Tabatha is an avid researcher and loves reading, creating vegan recipes and watching educational documentaries regarding food, nutrition, and animals rights. She has also been featured in Mother’s Against Dairy, Black Vegans Rock, One Minute Vegan, Health Magazine, Woman’s World Magazine, and was a 2019 Sexiest Vegan next door finalist for PETA. Tabatha was a speaker at the 2018 Cleveland Vegfest, the largest festival in the Midwest with over 13,000 attendees.

She describes herself as a “sensible vegan” with a mission to educate and inspire others to explore a plant based, whole foods diet and advocates to keep all animals free from harm.