Sanctuary Focus: Farm of the Free 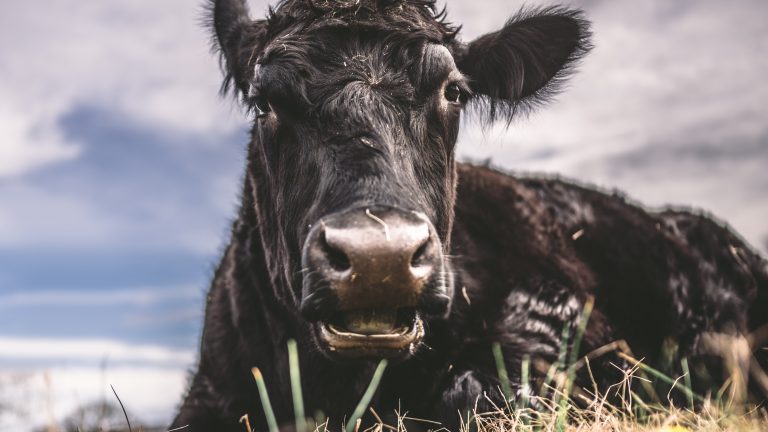 Established as a non-profit 501(c)3 in May of 2016 by Carmen and Greg Pope, Farm of the Free Animal Sanctuary was founded a year later when they moved to Good Hope, GA. At Pacific Roots Magazine, we are dedicated to featuring ongoing coverage of sanctuaries around the world and were glad to have a moment with Greg to hear more about the background of Farm of the Free.

Also accompanying this interview are photographs by Daniel Turbert of the The Sentient Project, an award winning filmmaker and photographer who works with animal sanctuaries around the world using his photography to help with campaigns, raising awareness, and fundraising efforts.

How many animals were part of the farm in the beginning and how many live there now?

Greg: When we moved to the property, there was a rooster, Dennis, and two hens, Ahsoka & Cluckie, who were our neighbor’s chickens. They would roam around the property and we eventually ended up adopting them later that year, but our first official rescue was, Charlie Fin, the mammoth jack donkey. Now we have 18, and we plan on having no more than a total of 50 animals, since we’re only on 10 acres.

Can you share more about the classes, related to mindfulness, vegan lifestyle and practical skills like cooking, that you offer at Farm of the Free Animal Sanctuary?

Greg: We plan on having experienced teachers and guides come and host classes of self-love, self-compassion, meditation, yoga, non-violent communication, vegan cooking, photography, and other types, but our main focus will be on the self-improvement classes because we believe people can make kinder and more inclusive and compassionate decisions once they’re cared for themselves, have the information, and are empowered.

Does your Sanctuary offer tours?

Greg: At this time, we don’t advertise tours because we don’t have the staffing and structure set up, but if someone does want a tour, they can contact us and we can work out a time around our schedules. Donations are appreciated. We try to host volunteer/ potluck days once a month, this way people get to see the sanctuary and come serve the animals.

Can you share more with us about the various donation and sponsorship options?

Greg: Yes, monthly sponsorships, memberships, and ongoing committed donations are a really huge help in sustaining the sanctuary because it’s a set amount of money that we can count on to be able to budget our expenses of running the sanctuary on a monthly basis. We actually want to redo our sponsorship and membership incentive packages in the near future, but, right now, monthly sponsorships and memberships are set up in a way where people can choose a monthly amount that they want to give and, once we get notified, we send out the incentive package that corresponds to their choice. We do not offer ongoing updates, but we welcome people to email us if they have questions and invite our members and sponsors to follow us on social media. We do have a few corporate sponsors such as a few vegan restaurants around the Atlanta area.

Greg, as you are a veteran, I wonder if you have any thoughts about bringing vegan issues into awareness more in the military community?

Greg: Unfortunately, I wasn’t vegan in the military but wish I had been and obviously before then. I spent my last 3-4 months as a vegetarian and found a decent amount of options available then. Some weren’t the healthiest. I ate a lot of veggie burgers and fries from the Burger King on base. This was in 2012. I do think that veganism should be acknowledged in the military more and they should offer options at the military chow halls or on base dining facilities. They may now. I haven’t been on a base in over 6 years. I recall not seeing many options while I was deployed to Bagram Air Base, Afghanistan in 2009. On base, there were a few fast food options, along with the 4-5 different dining facilities. There weren’t many options in the dining facilities, looking back. Possibly salads and basic stuff like French fries. You wouldn’t see veggie burgers or alternatives like that inside them. I have noticed a lot more military members being vegan, so there may be more options due to the demand.

Feature Sanctuary Animal Story, by Farm of the Free: Waylon

Greg: In late summer of 2017, Farm of the Free Animal Sanctuary (FOTF) was contacted about “Waylon Jennings” by a local family who has a small horse farm. His mother abandoned him, and the cattle farmers did not want to bottle feed him, so instead they decided to sell him as veal at a live auction. Luckily, a compassionate family stepped in and saved him. Soon after, they rescued another abandoned male calf, who was also at risk of being sold to the veal industry. They raised both Waylon and his friend “Johnny Cash” until they found out through their shared equine vet that FOTF was a local sanctuary that could possibly take them in. They reached out to FOTF, and they were able to give them a forever home at the sanctuary. Waylon, who will be 4 years old this December, 2019, has been together with Cash for quite a long time now. They groom each other, play together often, and seem to have the sweetest bond. Waylon also has a special bond with one of the oldest residents at the sanctuary, Charlie, a mammoth jack donkey, whom is roughly 28 years old. Charlie has had a special eye for Waylon since he first arrived and, from time to time, they play too. When he’s not eating or sleeping, Waylon enjoys a good full body brush down. He has been a dream come true at the sanctuary and FOTF hopes to reciprocate that.

Feature Sanctuary Animal Story, by Farm of the Free: Charlie

Greg: Charles Finley, a.k.a. Charlie Fin, Fin, or Charles, was adopted by FOTF on Sunday, May 21st, 2017 and is our very first farm resident rescue, which makes him very special! He is roughly 27-28 years old and his estimated birthday is May 2nd, 1992. Charlie Fin is a Mammoth Jack donkey, who loves to be pet, brushed, and doted on. Charlie Fin came from a small farm in a newly built-up neighborhood/ suburban area, outside Atlanta, GA. He started leaving the small farm where he lived and would walk down the streets of very expensive neighborhoods “hee-hawing” and damaging people’s property. Unfortunately, the elderly man who gave him to us could not afford to fix his fence and take care of Charlie any more so he posted him online. Luckily, we saw him and were able to rescue him. He is partially named after my father, Charlie, who recently passed away.

Visit Photographer and Filmmaker Daniel the The Sentient Project